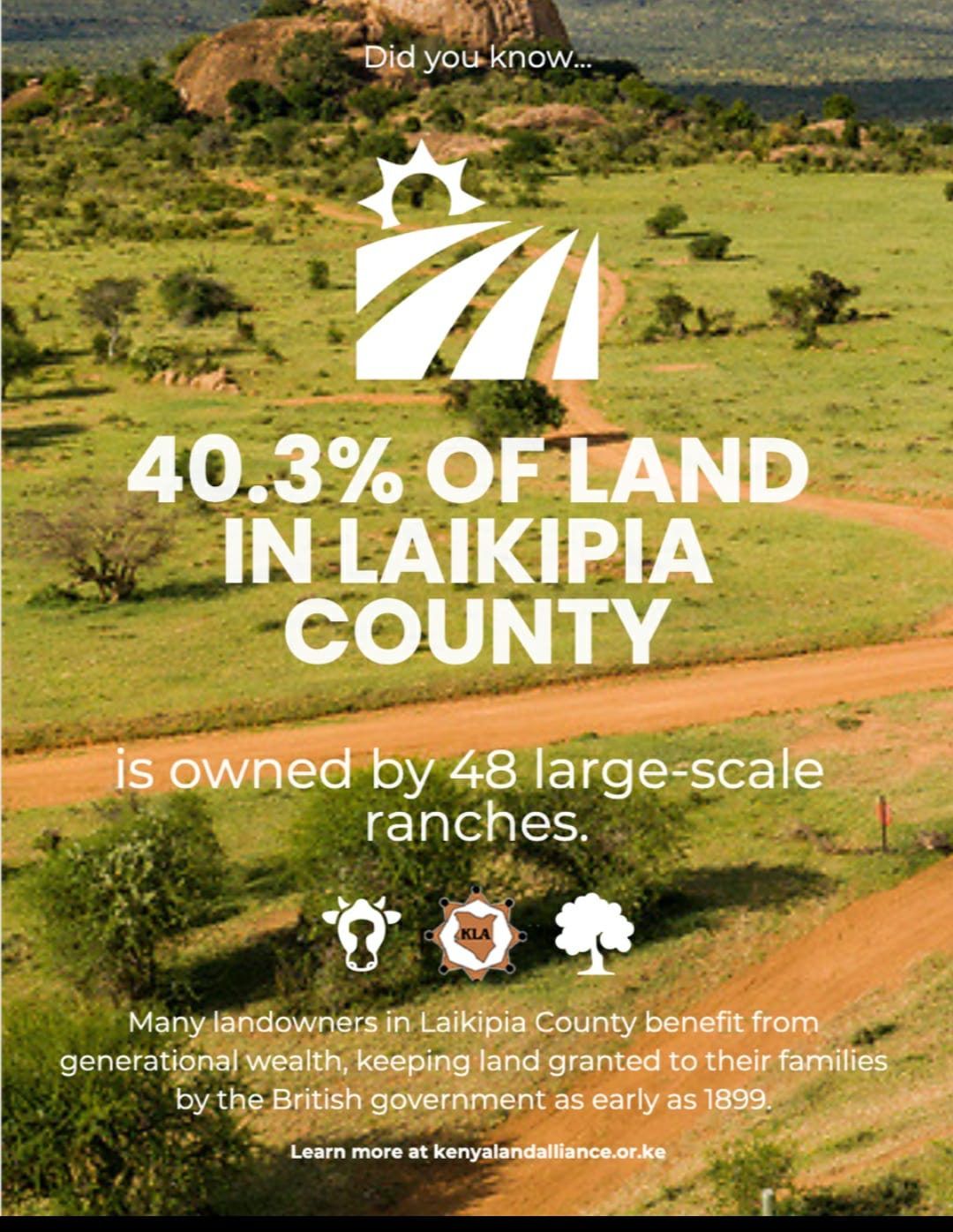 Land injustice in Kenya began with the Land Title Ordinance of 1899, a branch of the British Foreign Jurisdiction Act of 1890. In effect, this ordinance allowed the British to claim lands they deemed as uninhabited as they began to colonize the region. Between 1904 and 1911, the Maasai were forced off their fertile, native lands on the Laikipia Plateau, eventually settling the driest parts of the region. In 1915, the temporary leases afforded to British settlers in the area were extended to 999-year leases, and new laws allowed for the British to settle in land owned by native Kenyans (Letai). These policies legitimized British political control of the Rift Valley Province, and their legacies are the basis of land injustice in Laikipia County and Kenya today. The influx of wealthy British settlers caused the region to be known as the White Highlands, and until the end of the colonial government, these regions were exclusively reserved for Europeans (Kibii). Many native Kenyans were forced to live on reservations or squat on British-owned land, creating tension between the British and the Kenyans that eventually led to the Mau Mau Rebellion and Kenyan autonomy (Shanguhyia and Koster 200).

Following Kenyan independence, land stolen by the British was never returned to the Maasai. Although then-President Kenyatta, in partnership with the British and the international community, took steps to resettle landless people from other providences, many senior members of the government and civil service bought land in Laikipia themselves. Though some land was bought by other Kenyans, this land was not usually settled, rather it was used as collateral for bank loans (Letai). This pattern shows that the Laikipia Plateau was still used for the self-enrichment of other individuals rather than those native to it, perpetuating land injustice and socioeconomic disparity in the region despite the end of British rule.

Now, 48 large-scale ranches occupy 40.3% of land in Laikipia County (Letai 4). Many of these property owners are descended from the colonists who originally were granted a 999-year lease, exemplifying the role that Laikipia County’s colonial history plays in its modern politics. Due to a host of other factors, including climate change, political tension, and an increasing population, land injustice in Laikipia County is becoming more prevalent. To address land injustice and the associated issues today accurately and justly, Kenya’s aforementioned colonial history must be thoroughly understood. Historic injustice can only be resolved with informed modern action.