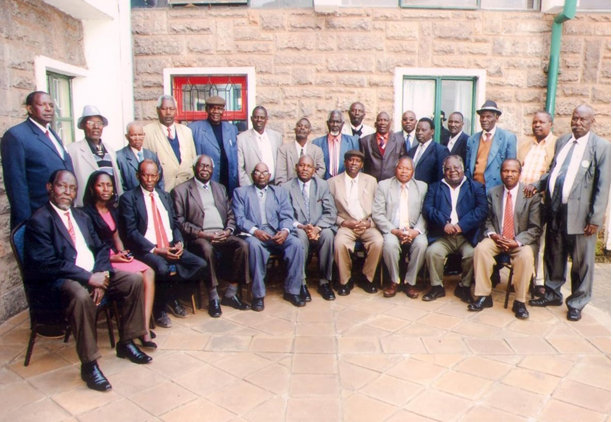 Kenyans passed a new Constitution through a referendum in 2010, which marked a great milestone in the quest for land reform. This closely followed the 2009 adoption of the first ever National Land Policy in the history of Kenya.

The successive land laws enacted in 2012 are among other efforts geared towards securing land and property rights for all Kenyans, particularly women.

The Constitution of Kenya is celebrated as one of the most progressive constitutions in Africa as far as securing women’s land and property rights is concerned. Article 60(1) directs that land be held, used and managed in an equitable, efficient, productive and sustainable manner and in accordance with principles of equitable access to land, security of land rights and the elimination of gender discrimination in law, customs and practices related to land and property.

The realisation that ongoing legislation and institutional reforms must engage with customs, traditions and practices that govern land and property ownership in order to deconstruct and re-conceptualize existing attitudes, beliefs and perceptions is what led to the idea of dialogue forums with councils of elders. Before the advent of colonialism, elders in Kenya served as dispute resolution agents and provided guidance to the communities on many issues affecting them. Their verdict and direction was upheld and respected. To date, elders command respect and authority in their communities, a fact acknowledged and encouraged by the Constitution; Article 159 promotes the use of traditional dispute resolution mechanisms that do not contravene the Bill of Rights and that are not inconsistent with the Constitution. The councils of elders are among the traditional dispute resolution mechanisms in Kenya.

Kenya Land Alliance, a national non-profit organization, is determined to strengthen women’s land and property rights in practice and has thus begun conducting dialogue forums with councils of elders. The dialogue forums seek to provide a platform for the elders to start a discussion on some of the cultural practices and beliefs that deny women rights to own or inherit land. The elders get to talk among themselves (with KLA as a moderator), questioning their cultural practices around land and property ownership. This is coupled with trainings on the importance of promoting and securing women’s land and property rights, both as a Constitutional right and as a means to alleviate poverty in a country that depends heavily on agriculture and where women are the laborers. The dialogue forums target the Luo council of elders, the Njuri Ncheke council of elders, the Kaya elders, and the Kalenjin council of elders.

Breaking through to some of the councils of elders was not without challenges; general suspicion and the thinking that the concept of women’s land rights is foreign were common. However, holding multiple dialogue forums and trainings helped build confidence and acceptability among the elders over time.¹

The second dialogue forum with the Kalenjin elders came with a commitment: through their former chairman, the elders agreed that it’s high time they let go of some of their traditions and beliefs on women’s land rights that are no longer beneficial.

Since the forums, four women have been made members of the Supreme Luo Council of Elders, which has never happened in their history.  Together with their role in arbitrating conflicts involving widows evicted from their matrimonial home, this speaks to the progress being made towards realizing women’s land rights. The Njuri Ncheke, who appeared skeptical at the beginning of the program, are now, on their own, seeking more platforms and trainings on women’s land rights and how best to secure access and ownership for women.

Councils of elders may be governed by traditions that do not necessarily embrace principles of equality, but the dialogue forums have shown that it is possible for elders to embrace change and become champions for women’s land rights. The process may not be instant and requires consistency and time, but positive results through these platforms have started to emerge.

¹We have facilitated 3 dialogue forums and 3 trainings with the Njuri Ncheke, Luo and Kalenjin elders to date.